I will no longer be posting here.  You can find my new website at www.PeterLHarmon.com

Once again I started a show as a Story Associate Producer and once again I was promoted to Story Producer.  I was given episode 107 of Biker Battleground: Phoenix, "The Build". 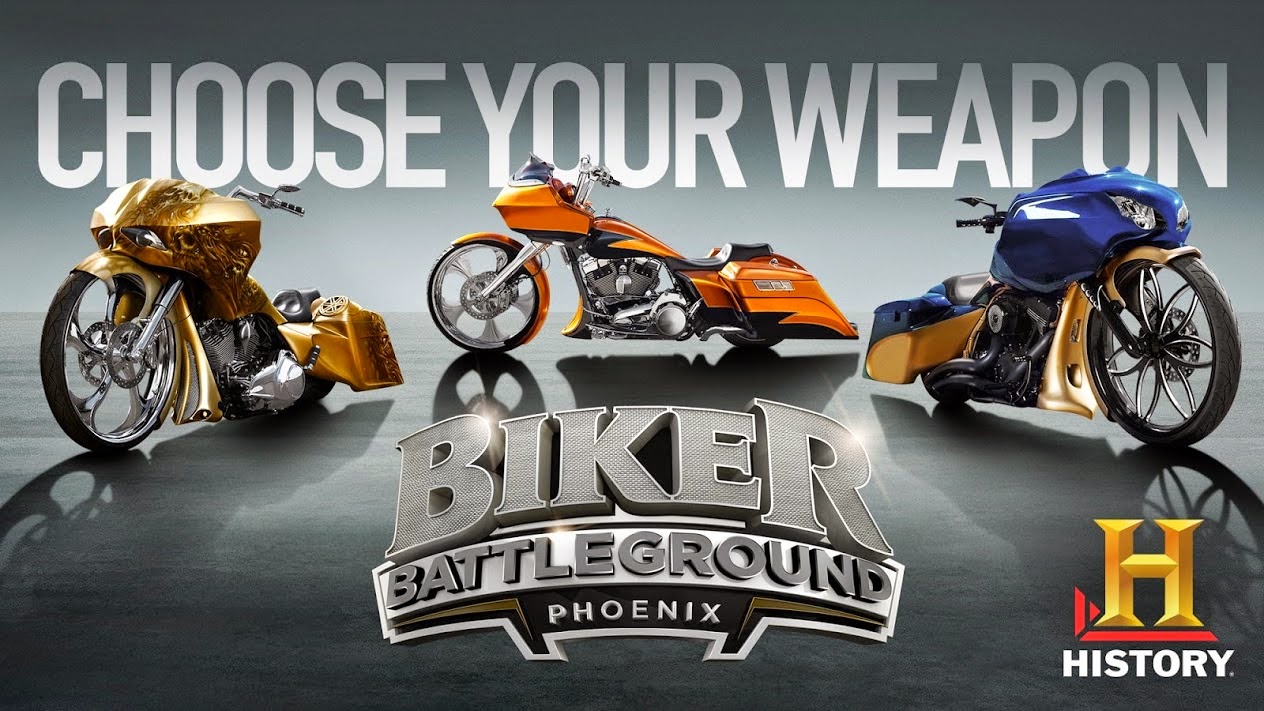 It's an old school biker build off as our five guys all go head to head for the first time.


I worked really hard on this episode and I'm proud of the finished product.  Watch it tonight on the History Channel.

I ended on BBG:P on Friday and started on Season 3 of The Car Chasers yesterday as a Story Producer.  I'm excited to jump back into The Car Chasers, it's in a cool location near my house, and so far so good.  Look forward to more car chasing in the Fall.
Posted by Pete at 12:59 PM No comments:

I blogged a couple months ago that I had posted my screenplay Raw Footage on The Blacklist website.  After a couple months my screenplay was only viewed a handful of times and never rated.  Now granted, it's mostly because I didn't pay for any of the site's recommended evaluations, but still having my screenplay sit stagnant on the site but being charged $25 per month wasn't super fruitful to me.  I could have spent $50 in addition to the $25 monthly charge but I did not, so I acknowledge that I didn't use the site to its fullest potential but I did want to give the site a test run before sinking hundreds of dollars into something that didn't necessarily advance my screenwriting career.

Who cares?  You might be asking.  I just wanted to say that I am currently writing a very promising screenplay with a gentleman that I met and see eye to eye with, I'm working a ton in the reality TV realm, and a movie I wrote When Sushi Met Saki is hopefully going to festivals/ being distributed at some point this year.

So instead of devoting $25 per month to something that may or may not pay off I have decided to donate monthly to Operation Smile, a charity that "provides free surgeries to repair cleft lip, cleft palate and other facial deformities for children around the globe."  In this case, at the end of a year, I know that my money will have been used to give a child a better life, in the other case, I could have just thrown away $300 in a relatively selfish pursuit.

I'm sure people have/ will find massive success using The Blacklist, but right this moment I can't justify the expense.

I am optimistic that the hard work I'm putting into both my screenwriting career and my reality TV producing career will pay (and already has paid) off.

And hey, here's the logline for Raw Footage, if you happen to be or know a producer that wants to make a low budget thriller that has only a handful of locations and characters that blends traditional story telling and found footage elements, let me know, haha!

Raw Footage
Thriller
Zach thinks he's being hired to review footage for a new reality show but soon becomes an unwilling participant in a deadly, voyeuristic game that is being caught on camera by a maniac.
WGA # 1641246

Other than that, I'm going to continue producing and writing.

Thanks for reading this.
Posted by Pete at 12:11 PM No comments:

A lot has been going on lately.

My stint on "Heroes Of Cosplay" ended on a Friday in the middle of March and my latest gig started the next Monday.  I couldn't say what the show was for a while because it hadn't been announced yet BUT History Channel has just announced our show, "Biker Battleground Phoenix" will premiere July 1st.  We've been working long hours, it's a ton of footage, but everything is looking very cool, very intense.

By the way, the episodes of "Heroes Of Cosplay" that I worked on start airing May 27th.  They're going to be good, it was a really fun show to work on.

In that same vein, I've been very appreciative lately.  Let me backtrack for a second and say that when "Intervention" ended I literally went through the stages of grief because I had worked on that show for years.  I didn't know what I was going to do for work and I was very scared during the couple of weeks that I was unemployed until I got my next gig.  And I have worked steadily ever since.  The job world I'm in is almost exclusively based on referrals and I've been able to expand my network by working on these shows this past year.  So, this week in particular, I got several referrals for jobs, none of which I could take because I'm working currently, but it was nice to hear from past coworkers that they wanted to refer me to this or that show that was staffing up.  When this show's post production ends I'm not nervous about finding future employment like I was when "Intervention" ended.

Other exciting things that have been going on:
The producer of When Sushi Met Saki is sending me the movie, I'm super excited to watch it!
I pitched to Funny Or Die this week and will be receiving my first check from them in the near future, hopefully they like what I sent them and it leads to future work.
And I'm working on a script with a fellow screenwriter.  The pages are coming easily, the other screenwriter and I are killing it and it's super fun.

So, if you haven't already, read my "Up All Night" spec script here.
If you're an industry professional go to The Blacklist and read my script Raw Footage.
And everyone should follow me @PeterLHarmon on twitter and instagram, I follow back ya'lllllllll.
Posted by Pete at 9:54 PM No comments:

I recently posted my script Raw Footage on The Black List.

It began as a survey. In 2005, Franklin Leonard surveyed almost 100 film industry development executives about their favorite scripts from that year that had not been made as feature films. That first list - many of which have been made since - can be viewed here. Since then the voter pool has grown to about 500 film executives, 60% of whom typically respond.

Over 225 Black List screenplays have been made as feature films. Those films have earned over $19BN in worldwide box office, have been nominated for 171 Academy Awards, and have won 35, including Best Pictures SLUMDOG MILLIONAIRE, THE KING'S SPEECH, and ARGO, and seven of the last twelve screenwriting Oscars. A complete list of Black List films is here.

In September 2012, we launched a membership site for industry professionals that functions as a real time Black List and screenplay recommendation engine. You can learn more here and sign up for membership here.

In October 2012, we extended our mission further by allowing screenwriters from the world to, for a small fee, upload their scripts to our database, have them evaluated by professional script readers, and subject to that evaluation and our recommendation algorithm, sent to our - at present - over 1000 film industry professionals. You can begin the process of being discovered here. 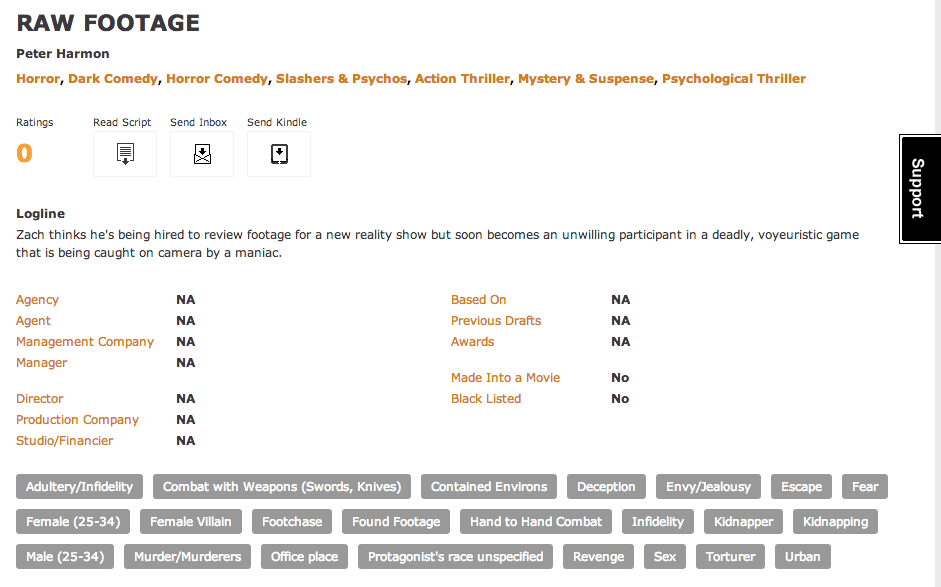 If you're on The Black List please give my script a look, if you're on twitter tweet about it to @TheBlcklst.
Posted by Pete at 9:32 AM No comments:

My "Up All Night" Spec Script

In 2013 I submitted to the television writing fellowships (CBS, Disney/ ABC, NBC, Nickelodeon, and Warner Brothers) and wasn't accepted in to any of them AND "Up All Night" was cancelled so this spec no longer has much value, BUT I still love this script so in hopes that I can share it with fellow "Up All Night" fans, get critiques from fellow writers, and hey, maybe someone will like my writing and want to see more, I'm making it available to read.

I'm starting a new tab called Writing Samples and right now this is the only sample I'm putting up, but maybe I'll put some more up in the future.

Up All Night spec script - "To Do List" by @PeterLHarmon by Peter Harmon
Posted by Pete at 10:20 PM No comments:

"The Car Chasers" Season 2 wrapped on the 3rd of December for me.  The future was unsure job-wise, but I had saved some money in case I would not be able to find a job until after the holidays.  That night, it was a Tuesday, I received an email from a fellow former Car Chaser with a job lead.  She  had sent my resume to an executive producer, she might be contacting me.  I made the mistake of checking my phone in the middle of the night that night and I had an email from the EP telling me to contact her about the job, so I was nervous and excited and didn't sleep great.

The next day I phone interviewed and the EP asked me to come in for an in-person interview as she was going out of town the next day for a shoot.  I shaved my "relaxing into unemployment beard" and went to the interview.  I got the job offer in the room and accepted.

It was a perfect situation: same rate as my last show, shorter commute, two weeks of work before the two week holiday break then at least a couple of months of work in the New Year.

So I'm now the Story Associate Producer on 51 Mind's Heroes of Cosplay for SyFy. 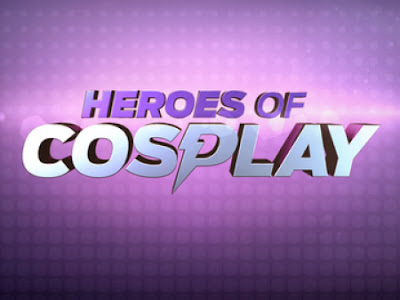 Heroes of Cosplay is a tantalizing docu-series that lifts the veil on the imaginative world of cosplay and the passionate fans - from legends to newbies - who put their imagination and skills to the test to make a name for themselves in this colorful and competitive world.

Cosplayers and cosplay contests are a fixture and highlight at the many comic book and genre fan conventions around the world. These conventions provide an international stage for fans to showcase often spectacular handcrafted costumes and portray their favorite characters from sci-fi movies, video games, anime and more.

And now I have that money that I saved for unemployment just burning a hole in my account, maybe I'll use it to buy some L200 foam to make a Gijinka version of a legendary Pokemon...

Pete
Los Angeles, California, United States
In December of 2007 I quit my job at Blockbuster. In January of 2008 I moved to LA to attend a film program for my last semester of college. In May of 2008 I graduated from college and drove cross country back to LA to start my career.

Buy My Movies and TV on Amazon.com